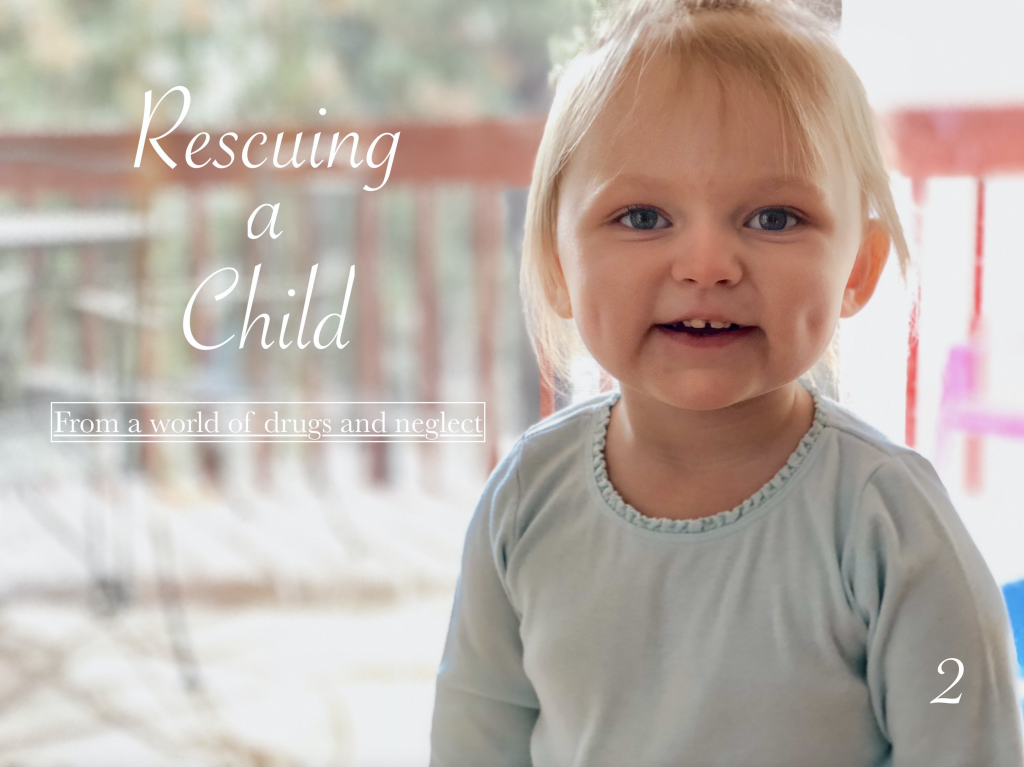 * If you missed the other posts, you can find the rest of the story here *

After the eventful midnight surprise, and the disappearance of So’s parents, it was easy to be worried that they could show up at the door in the middle of the night again to take Sophia away because they were quite unpredictable thus far. So the next couple of months were very stressful, but they actually never came.

Gaining guardianship of Sophia wasn’t easy but it went smoothly. We got our ducks in a row pretty quickly and set up a court date to testify in front of a judge that we indeed should have guardianship of So So until Grace and Tony made a few changes. Beings how she was left at our house for so long, this case was almost considered an abandonment case, but they decided to give them a shot to fight it in front of a judge.

We had to undergo interviews, home walk-throughs, and surprise home visits to make sure Sophia in fact would be safe in our home, before the court day arrived.

The way setting the court day works is first we had to get an attorney. Then our attorney set the date, and by law, Sophia’s parents had to be served paperwork to let them know they were being summonsed to court, and if they didn’t show, guardianship of Sophia would just happen. We knew they were served, but what we didn’t know was whether or not they would come to court.

We all gathered in Sophias favor on the court day to testify that their home was unsafe for little So right now. Me and Dylan, Heather and Derek, Mema and Tom, and even Uncle LaLa! (my brother.) We all needed to state that we believed this would be what’s best for her right now.

They did arrive for court that day and we all gathered in front of the judge. The judge asked clarifying questions to both sides to get a feel for the situation, and I’m glad to say it went smoothly and quickly. There was no fighting, and everyone was upfront and honest. Even Sophias parents. My sister simply stated that this would probably be what was best for her right now… She wanted to go to beauty school still and had some things she wanted to accomplish.

It hurt for me to hear her say that that day, even though it was honesty… but since then I have taken time to ponder that statement. I have often wondered where that statement stemmed from? Was it a selfish statement? Of course this is the first place I went. I’m human… I went straight to anger. But then I wondered: Was it a way of avoiding feeling the loss? Her way of convincing herself to accept what had just happened? That she just lost her baby… Something I’m sure she never expected herself to do when she was a young girl dreaming about having a family one day.

Having my own baby now has also just given those words a new meaning. And I always have to remind myself that they are sick and entrapped by a substance, and one day God will bring them home. I’ve never been there, so I can’t judge or say I would have done better or differently had I been faced with this decision. It’s just really shown me how powerful a drug can be… If you are a mother, then you know, there’s nothing you wouldn’t do for your child… So its impossible for me to comprehend.

Isaiah 49:15
“Can a woman forget her nursing child, that she should have no compassion on the son of her womb? Even these may forget, yet I will not forget you.”

The decision didn’t take long, but we had to work out a plan for how long Mema and Tom would have guardianship of Sophia and what would happen in the meantime. If this is your situation, This might look differently depending on your case.

The judge decided that Mema and Tom would have temporary guardianship for one year, and in the meantime, Grace and Tony would need to make some changes if they wished to get their daughter back. And after the one year is up, there would be another court hearing to determine the progress and what would happen next.

In order to get So back after one year they would need to:

Also agreed in court, was that Grace and Tony would have visitation with Sophia whenever they wanted. So long as they scheduled it ahead of time with Mema.

So away we went. Everybody agreed, signed and left. It was civil for us. But I don’t imagine it is for everyone.

After court that day, Grace and Tony came over to spend a couple hours with So So because, by this day, they hadn’t seen her for a month. So they played with her for a while before they went home.

And I’m saddened to say, they haven’t seen her since.

After having So So for a little while, we started to notice more and more things that were unsettling. We did some research and a little comparing to other kids her age (just a little because kids are so very  different), and found that So So’s needs were not being met at this point. So much so, that she had missed several of the “natural instinct” development windows. Though, at this particular time, we didn’t know those were a thing. Doctors have since explained it, and her days ahead would be much more challenging than we could have ever imagined. Missing those “natural instinct” windows would make those developments much more difficult for her to achieve. But we could’nt have anticipated just how difficult the days and challenges ahead were going to be for her.

She slept in one of those Rock’n Play sleepers like the one pictured above and spent most of her time right there. Hours at a time right there… There’s nothing wrong with these sleepers. They’re actually amazing for new moms! But So spend way too much time in it.

She was also never given any solid foods. Maybe a taste, but like I said before, there’s not a lot of information on those first 9 months of her life. But if we base her history off of our doctors observations on her development, she had never been fed solids before. It was completely foreign to her.

Doctors said: At 9 months old, she was considered a newborn baby.

Tom took care of all the attorney stuff.  Found the best attorney in Bend.  She came highly recommended. I’m thankful that he was so persistent.  I, on the other hand, was spiraling with nerves. How was this happening?  I had a new little baby. A baby that has not even been checked out by a doctor as to my knowledge. I wasn’t sure if she even had her shots.  She was certainly behind in everything else. Had she even been seen by a doctor since her birth? I couldn’t take her until guardianship was in place. It is illegal unless you are the child’s parent.  A doctor won’t even give you the time of day without legal guardianship or a parent is present.  And then the thoughts of going to court against my own child. I’m having a home inspection to make sure we are fit people for Sophia to be with? Spiraling, Spiraling.  This procedure is not a cheap one either!! The law…ugh.  I remember talking to Heather a lot during this time. She, nervous to go to court against her brother and I against my own child. Our faces said it all when we met in the court house that morning. Both of us on the verge of tears. Next thing you know we are signing papers agreeing to be guardians of Sophia and my daughter walked right out of our lives.  I have not seen her since.

I’m not going to lie, I was scared.  I just had my freedom yanked right out from underneath me.  No more going to the movies, dinner, trip or anything for that matter. Not without a babysitter in place or a full blown suitcase with all the essentials just to go to the grocery store. I had put in my time with my first four and now I’ve gotta start this all over again?  It angered me at times.  I was also very scared to get TO attached to So.  What if her parents get their acts together and in a year she is taken away from me?  How would I ever survive that?  How am I going to survive this?  I’m not a spring chicken.  My knees ache and I’m on the floor more now than I have been in years. I started packing diapers in my purse and was thankful they were not my own.

Next week we’ll talk about how we got her to a doctor as soon as we could, how difficult that was, what they had to say about her current state, all her physical therapy and when she started to hit her milestones. <3