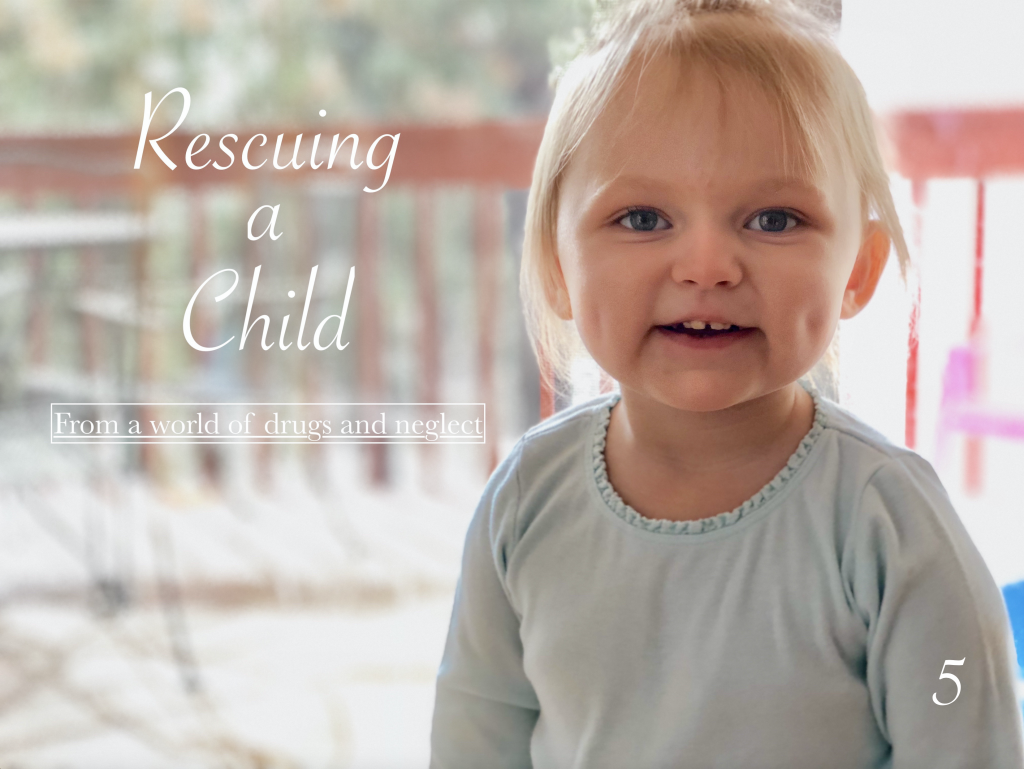 How So So is doing today:

* If you missed the other posts, you can find the rest of the story here *

If you had seen So So when she first started walking and then fast forward to today, you’d be in AWE of how far she has come! Though she still struggles with muscle strength, she’s already grown so much and we know there’s more to come.

Despite her undeniable growth, she is still struggling in many areas. She is still very weak and flimsy. When you pick her up, she’s pretty limp. She doesn’t (or can’t) flex when you pick her up, so you can’t hang her upside down for fun or toss her around the bed.
Her elbows come out of the socket frequently and causes her a lot of pain so she can’t play like other kids play. She can’t hang on anything and you can’t swing her around in circles by her arms. You even have to be careful when you hold her hand while she walks because she falls a lot still, and if you naturally try to catch her, her elbow or shoulder will pop right out of socket.

Her walking is still pretty wobbly. Her ankles are rolled inward because she has to walk with her feel shoulder width apart in order to keep her balance centered. There has been a doctor that said her equilibrium could possibly be developing still or under developed but we would probably see signs of dizziness – we see that sometimes – and potential vomiting and we don’t see that. So that is still unclear, as well.
She is also still learning to run and jump. She can speed walk/run but both feet don’t often leave the ground at the same time. Could be a lack of strength and probably a little fear to tumble.

However, we were a little scared she would never walk! So this is so amazing.

Here’s a little slow-mo video of how she walk’s today so you can understand a little better what I mean:

A little more on the physical topic:

Since walking and strength has been so hard for her, she’s not potty trained yet. They say that if your kid can climb stairs one foot after the other, then they have the muscles to hold their pee. So So just hasn’t been ready for that up until recently. So hopefully potty training is just around the corner so that she can start school in the fall. So So has always been a pretty lazy girl as well. Probably stemming from laying around for the first 9 months of her life. She has always liked to lay around and doesn’t like to do anything she doesn’t want to do – like going potty. We’ve played around with potty training her but she’s pretty stubborn. She doesn’t really care if she’s soaked in her urine if she has an accident and she can’t be bribed with treats. She can sleep with a soaked diaper – when she was still drinking bottles she used to soak through a diaper pretty easily – or she just takes her clothes off and goes about her business. We have heard stories about her past, when people would go to visit her as a baby, she would be wearing the same diaper for days at a time… Which is just horrifying… But it makes sense why she doesn’t care to be soaked now.

But we are hopeful that we can find the right potty training tricks for a kiddo like So! We’ll keep you updated.

Another thing in the physical area:

So So has some funny little quirks that are a bit strange and it has been unclear as to what causes them. We call them “ticks” because they seem to be triggered by excitement. We thought they would kind of go away as she grew older and more mobile, but they’ve actually  gotten stronger and she’s gained more of them.

Basically when she’s watching something exciting, she holds her breath, opens her mouth real wide, and twirls her hands and feet in circles as if they don’t have bones in them! It’s wild!
More recently, there have been added ticks to that… While holding her breathe and twirling, she will flip her hands through her hair, or scratch the top of her head or her face real quick-like, or even throw one arm way up high.

To me, that seems like something drugs could have caused, because she’s been doing it since the day she was born! It can be so funny at times, but we’re not sure what it is or how we can help her grow out of it.

It could also just be a random and strange thing she does! LOL. We all know kids are little weirdo’s sometimes, so who knows!

Here’s a couple pictures for reference:

* If anyone out there has kids that do this, or know what that is, we’d love to hear your thoughts! Send us an email 🙂

As for the rest of her physical development:

She is pretty tiny! She’s very dainty for her age and last time her head was measured she was in the 5th percentile, which is smaller than it should be, but she had the scan done and she’s ok; She’s just smaller than kids her age. She weighs 32 pounds and is 37 inches tall, which is all good! Its below average, but if we think back to what her doctors have told us about her birthday being the day we got her, then she’s above average and doing well!

So So is very smart, and we don’t notice a lot of set back in this area, which tells us her brain is just fine! She can talk, form sentences and communicate as good as any other 3 year old! She absorbs information, counts and memorizes songs!

She’s actually such a lover of music, we think she’ll grow up to be a singer or a musician one day. 🙂

Unfortunately, So So STILL eats the same puree’d foods. Doctors and speech therapists say this could take YEARS to correct and it’s not going to be easy. She could be a teenager before she eats solids (thats worse case). But I just gotta say, she has made leaps and bounds in this area in the past few months and she’s gotten SO BRAVE! So let’s just brag about her achievements for a moment.

These things just started after she turned 3:

She likes to get her hands salty in a bowl of gold fish. She swims her hands around in the bowl and rubs her fingers together like she’s interested in the new textures. She even licks the goldfish sometimes! And if you remember from earlier, she doesn’t like stuff on her hands at all! So this is good for so many reasons.

There are these little snacks for infants that melt in your mouth called “puffs” and she will nibble those down to a little chunk and then pass them off to Holly when she’s done. Teamwork.

She licks popcorn! Which is so brave! But, unfortunately, one got stuck to her tongue and she almost choked on it so we can’t do that one anymore. But she still tried it!

She licks carrots and likes to puncture them with her teeth! But again, a chunk popped off in her mouth once and that was pretty scary.

She absolutely LOVES to be a part of the McDonalds runs by getting her very own happy meal. “Just like Holly” she always says. She even sucks the potato out of the french fries! It’s actually pretty gross when she’s done, but still! SO PROUD!

She has gotten so brave with the things that she tries, which makes it so much scarier to give her new treats, but we love that she is trying.

But the biggest, most tear-filled, food milestone of all for me was one that happened exactly 3 years after we got her:

That was a pretty spectacular moment.

It might have taken three years to get her to
taste the frosting on a cake, but she did it!

PSA:
To anyone who’s child is having issues with eating, we have found a few tricks along the way in getting her nutrients and making it sneaky & easy to swallow <3
If you need more info on this topic, send us an email at rescuingachild@pacificnorthjess.com. We would love to share what we’ve learned.

Every little milestone that Sophia achieves is HUGE for us.  All the little things aren’t little for us.  They are HUGE!!  The one thing that bothers me the most is the food adversions.  Scares the dickens out of me.  But we are working on it. Someday she will eat pizza, pb and j, Mac and cheese.  That day will be celebrated like the 4th of July!

I want to focus on everything Sophia is:  She has a song in her heart.  Brave.  She knows no enemies.  Everybody is her friend.  Bold. Sweet spirited.  Sassy.  Smart.  A thinker.  An observer.  A snuggler.  Survivor. Happy.. She’s our little Miss So and So.

Next week will be our final week on this series and it will be written by Mema herself. As the mother of 4, becoming a mother again at 50, not being able to be Grandma anymore, and much much more…
We just can’t imagine the roller coaster of emotions that goes along with all of that.

If you’re in this situation and are looking for validation, advice, tips, healing, and the truth as the mother and the grandma,
you won’t want to miss next week.

Mother’s Day Gift Guide! 65 Items for Every Kind Of Mama